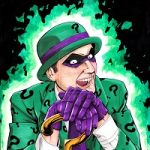 Some pundits are claiming that our current historically low interest rates are good for the housing market, but this could be far from the truth.

The RBA has been reducing its official cash rate in an effort to keep the economy in growth, not to generate more housing buyer demand. This is basic economics at work, with the RBA realising that our economy is sluggish and in danger of sliding into recession. By lowering interest rates, they hope to encourage consumers to spend more and stimulate the economy in the process.

The RBA does the opposite when the economy is in danger of overheating, as higher interest rates reduce our spending capacity and slow the economy down. In theory therefore, the lower interest rates fall, the better for prospective property buyers, because their repayments become more affordable. Speaking at a recent event to mortgage brokers, the federal Treasurer, Josh Frydenberg noted that the current low interest rate environment “augurs well” for the housing market. 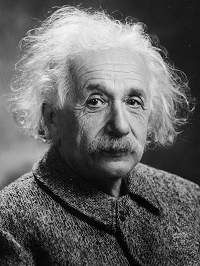 In theory, theory and practice are the same, but in practice, they are not¹.

So much for theory – the practical issues with really low interest rates are that they also oblige the banks to offer lower returns on savings. The current standard variable rate on savings accounts now sits somewhere between 1.3 per cent and just 0.11 per cent, so any further interest rate cuts will start to push these into negative territory. This means that you will pay the bank for the privilege of looking after your money.

This is when investors start seriously looking elsewhere for better returns and it’s not hard to find them. Many shares currently offer yields over 5% and gold has increased in price by over 10% in the last few months. As investors withdraw their savings and invest in other assets, the banks are left with less money to lend.

At such times banks do the same as investors, selecting products which offer them the best returns. You will soon see banks promoting personal loans and credit cards rather than housing finance, as they cut back their funds for property loans in favour of more rewarding products.

The result is that the total amount available for housing finance falls when interest rates reach critically low levels, resulting in fewer new or refinanced housing loans. This in turn encourages existing home owners to stay put, rather than upgrade, and forces more aspiring first home buyers to continue renting until things change.

While housing prices tend to steady or fall slightly at such times, asking rents rise, because our population keeps growing and increasing numbers of new households are forced to remain renters.

This is exactly what happened the last times we experienced such low interest rates such as during the Federation Recession which occurred immediately after Federation in 1901, the Great Depression in the 1930’s and the Menzies Credit Squeeze in the 1960s.

The left side of the table reveals those three periods in our past when interest rates were at their lowest, which is also when economic growth stalled and we went into recession. Even though interest rates were low, house prices barely moved or even fell, as housing finance was difficult to obtain. Because our capital city populations have always been growing, the demand for housing by new households was turned into rental demand, so that asking rents rose substantially.

The right side of the table shows what took place when the recessions ended and interest rates started rising again. The demand from housing buyers increased, and prices went up as well, even doubling in just a few years during the postwar population boom. The table also shows you that asking rents stopped their growth and even fell.

Why did house prices rise while interest rates were increasing?

There were several reasons for this explosion in buyer demand when interest rates started rising again. Firstly, interest rates are adjusted in response to current economic conditions and rising rates are a sign that the economy is thriving, that unemployment rates are low and wages and salaries are increasing. When housing prices also rise, it means that the borrowing power of property buyers is going up more than the interest rate resets.

History shows us that really low interest rates are a sign of economic stagnation or even recession, and nothing to be aiming for. In fact, the government is making desperate attempts to keep our economy in growth with income tax return handouts and massive infrastructure projects.

A small but steady rise in interest rates is something we should look forward to because it will indicate that the economy is growing and that the banks will be able to make more finance available for housing investors, renovators, upgraders and first home buyers.

As long as any increases in future interest rates are at a lower rate and slower pace than the associated rise in the borrowing power and purchasing ability of property buyers, the housing market is certain to thrive once again.

Attribution: Image of The Joker by Leopoldo Aurioles