Why our governments are building useful things

In its July Statement, the RBA has stated why it has cut the official cash rate twice in just two months: “Easing of monetary policy will support employment growth and provide greater confidence that inflation will be consistent with the medium-term target.’

If you turn this “bank speak” into plain English, it means that the RBA thinks that unless we spend more, we are in for rising unemployment and may well slide into recession.

One of the main reasons for this unhappy situation is that, according to the latest HILDA survey, average Australian incomes have not risen in real terms (after being adjusted for inflation) since 2009. And so, the RBA is doing all it can to increase the amount of spending money we get each week.

We are not responding to this stimulus by buying more, so the Federal Government has chimed in with tax cut incentives, including a big once off income tax refund. But rather than planning huge spending sprees, most consumers are apprehensive.

They sense that the economic mood is changing and rather than spending more, they are spending even less, putting their spare cash into safe havens such as bank shares and gold (the graph shows the rise gold’s spot price in US$ since August 2018.)

The RBA can do little to prevent this decline in spending and in its July statement urged our governments to spend more money by building useful things to stimulate jobs and growth. 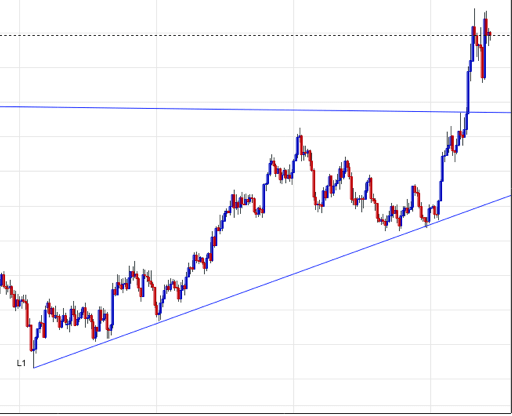 The government knows that spending more, while foregoing revenue with its cut cuts will delay the long-awaited return to a balanced budget, but the alternative is far worse – being the first government to lead us into recession in thirty years.

That’s why the Federal Government, in concert with most State Governments are committed to an infrastructure-based approach to economic growth, building freeways, railways, tunnels and airports, all of which will help to reduce unemployment and put pressure on real wages to rise at last.

Real income growth will increase both housing affordability and buyer incentives, something which our exhausted housing markets are desperately calling for, but it’s going to be a very slow process. Investors would be wise not to seize on any slight rise in housing prices over the next few months as proof of a recovery, especially as potential sellers are likely to flood markets hoping to get higher prices, only to find their hopes dashed as buyer demand remains sluggish.

This is why we are likely to see a “two-tiered” housing market dynamic occur once again over the next few years. The losers will be those capital city housing markets which experienced the highest price growth in recent years and also have large supply overhangs. The winners will be those areas which are likely to benefit from current or fully funded government infrastructure projects creating more housing demand. This is where rents and prices could rise dramatically.