Rising interest rates, strong population growth and a worsening housing shortage are pushing rental demand well ahead of rental vacancies. While the outlook for renters is bleak, with asking rents about to surge strongly in many areas, this also means that property investors seeking positive cashflow properties will be the winners.

There are two reasons for the growing shortage of rentals. The demand for rental properties is rising strongly and at the same time the rate at which new dwellings are being built is falling. Housing construction has been impacted by rising costs and shortages in both materials and labour which have led to a dramatic fall in the rate of new housing development over the last two years. 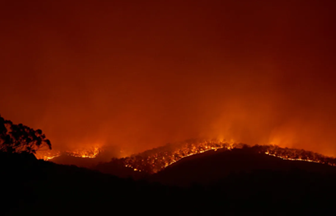 Australia’s building timber stocks have been nearly wiped out by the east coast megafires of 2019-20 which were unprecedented in their extent and intensity. This has led to a critical shortage of softwoods used for cladding and frames, with rising prices for metal, structural steel, reinforcing, fixings and fencing, plus soaring fuel, freight and electricity costs.

In addition, two years of international border closures have left developers struggling with an acute shortage of qualified construction workers. As cost and time blowouts worsen, more builders are leaving the industry or going to the wall. The net result is that fewer new homes are being constructed and it’s taking up to a year longer than expected to complete them.

Population growth has continued, and rental demand is rising

Even with closed borders and no overseas migrant arrivals for over two years, our population has kept growing. People are still setting up new households and creating more demand for accommodation, especially rentals. Renters are also likely to be renting for longer than they expected, because higher interest rates reduce their buying power.

This combination of increasing rental demand and insufficient rental supply has created an acute rental shortage, and it’s getting worse.

The graph compares current rental vacancy rates in each State and Territory to those one year ago. They have been falling in all States except Western Australia.

With rental vacancy rates at three percent or less in all States and Territories, asking rents will be rising strongly almost everywhere, but is this situation likely to worsen or improve in future?

Rental demand is likely to rise strongly in future

Rental demand is generated by new households, students, tourist industry workers, permanent renters and construction workers, but the main source of rental demand prior to international border closures were permanent arrivals from overseas. In 2019 Australia’s population increased by 390,000 of which 250,000 (or over sixty-two percent) were migrant arrivals. We can expect their numbers to grow in the next year and beyond as international borders reopen.

Not only can we expect the numbers of overseas arrivals to start rising again, but most of these households must rent on arrival, and remain renters for several years before they are sufficiently well established to buy their first home. Rental demand, especially in the inner urban areas of our major cities is expected to shoot upwards as a result and is highly likely to send asking rents soaring.

The graph shows the potential rental shortages or surpluses in each State and Territory over the next year.

We have compared the likely availability of rental dwellings to the expected demand for them from new renting households, permanent renters, interstate movers and international arrivals.

Can a massive rental supply crisis be averted or corrected?

There are only two ways that such a shortfall can be prevented or corrected. The first is by direct government action, dramatically reducing the number of permanent arrivals to Australia. This would not only lead to even more labour shortages, but could also result in a wages and salary explosion with worsening inflation.

The second is by a massive increase in the number of new homes being constructed. This would require a direct reversal of the current trend which saw dwelling approvals over the last year fall by nearly twenty-five percent. Such new dwellings would also need to be located in areas with the greatest potential rental demand, which are often not the locations favoured by developers.

As neither of these solutions are likely to occur in the foreseeable future, we are entering a period when investors looking for positive cash flow will be the winners.